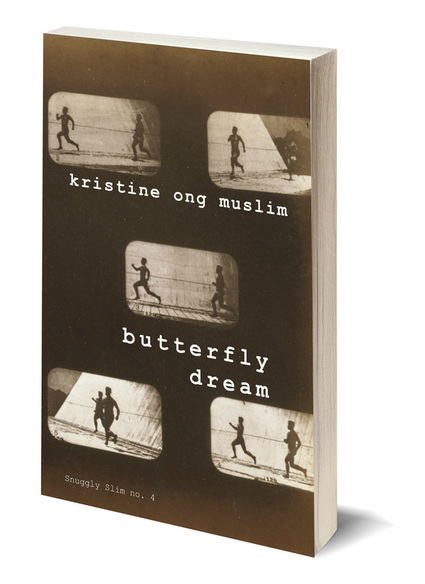 The stories and non-stories in Kristine Ong Muslim’s Butterfly Dream avow mutilation as rebirth, ruin as indestructibility, and safety as an illusion. In “Artificial Life,” a girl is persistent in her belief that her doll will soon come to life. “The Six Mutations of Jerome” documents the grotesque transformations of an everyman named Jerome, while “The Lonely People” follows a group of individuals fleeing from the accoutrements of the modern world as manifested by carnivorous floors and a marauding giant worm. Part travelogue on the vagaries of human consciousness, Butterfly Dream is a glimpse into a reality marred by causal logic and wakefulness.

​
Press and Reviews for BUTTERFLY DREAM

"These stories offer a captivating, disturbing and original glimpse into life, death and reality with a dash of surrealism. There's wonderful originality, imagination and inventiveness in them that sets them apart from other modern speculative fiction stories."
—​RisingShadow.net

“This timeless chapbook has been an inspiring experience, a sort of object lesson. A book to be revived whenever it seems dead.”
—DF Lewis, Dreamcatcher: Gestalt Real-Time Reviews
​